Rampaging youths who attacked Television Continental (TVC) left immense devastation as they destroyed the entire interior of the building.

The Chief Executive Officer of the TV station, Mr Andrew Hanlon, who stated this on Thursday in Lagos also told the state governor, Babajide Sanwo-Olu, that no member of staff died in the incident.

While showing the governor round the facility, Hanlon said, “This is all that is left of our bubbling building, which was a centrepiece.

“People’s hard work and huge investments that went down into the TV station were destroyed in a period of about an hour. The incident was really traumatising for all of us,” he was quoted as saying in a statement by the governor’s Chief Press Secretary, Gboyega Akosile.

Governor Sanwo-Olu visited TVC to inspect the level of damage done, in continuation of his assessment of scenes of recent attacks by youths in the state.

The station’s main building was set ablaze, leaving broadcast equipment and operational vehicles burnt, while some of them were looted following the shooting of protesters at the Lekki Toll Plaza on Tuesday last week.

Hanlon informed Sanwo-Olu that more than 250 production staff working in the razed building had been out of work since the incident happened.

He added that over 500 direct employees of the station had been struggling to work in temporary accommodation put up by the company.

“After they invaded our premises and set the place on fire, some buildings on the premises survived. But the main transmission building is completely destroyed, and it was the hub of our operations,” the media outfit’s boss said.

According to him, the attackers cast fear and terror in the hearts of employees when they broke in on Wednesday last week.

Hanlon explained that the immediate priority before the management of the company was to ensure that all direct employees were looked after, stressing that the means of livelihood of thousands of indirect workers attached to the brand had been threatened.

He, however, noted that they were already making efforts to return the TV station back to its full operations.

Governor Sanwo-Olu was also shown a wreck of burnt vehicles belonging to the station and employees.

Highlights of the governor’s visit are captured in the pictures below: 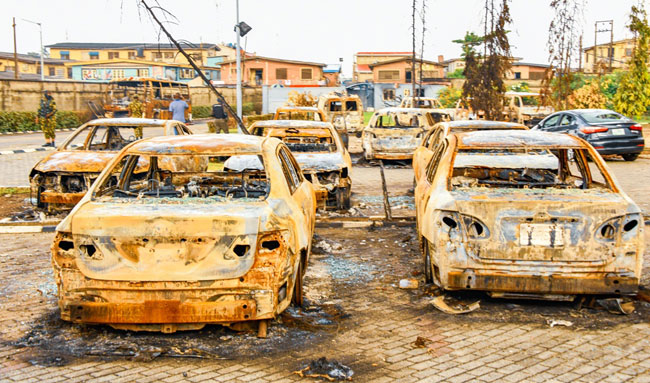 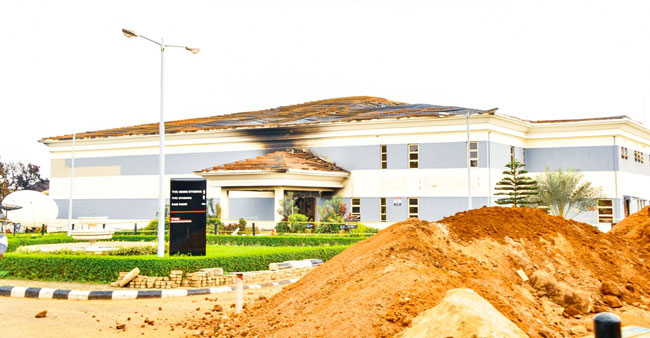 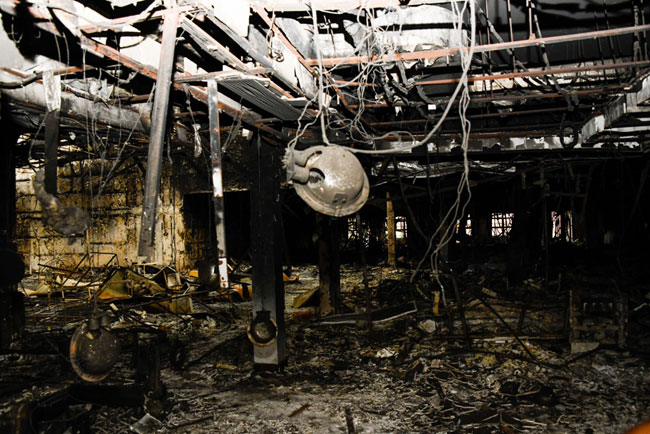 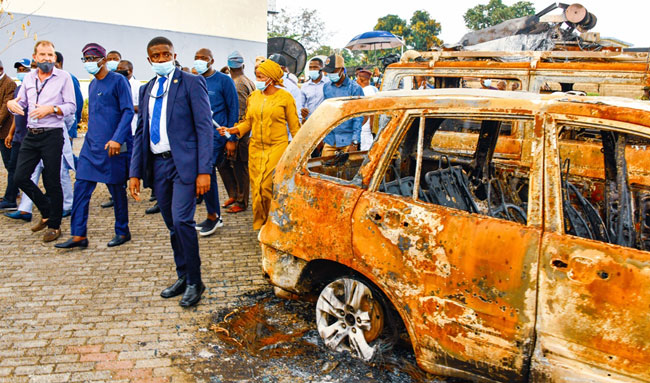 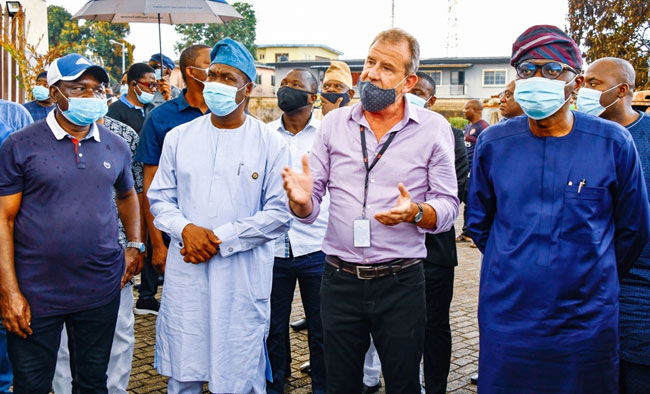