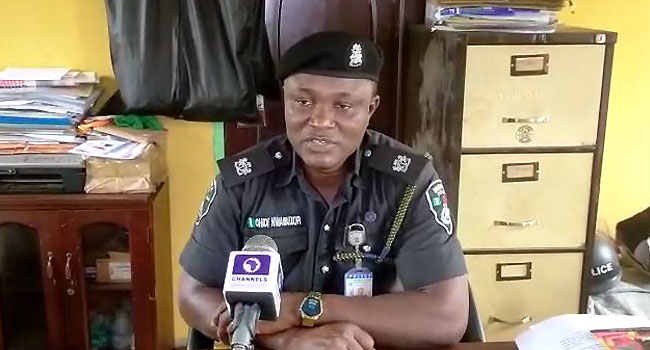 Police spokesman, SP Chidi Nwabuzor in a communique on Monday said only ten suspects escaped the facility on the 1st of January, 2021 at about 2.45am.

According to the police image-maker, two escapees have been re-arrested and brought back to custody.

SP Nwabuzor held that the figures in the media are maliciously and falsely speculated.

According to him, “eight (8) of the suspects were detained on the order of the court, in summary; stealing – 1, Murder- 1, Cultism-3, Robbery-3, while the other two (2) were under Police investigation for stealing.”

He further stated that the quick mobilization and response of officers curbed further escape of the suspects.

The PRO also noted that the policemen who failed to ensure that the escapees remained behind bars, have been identified, arrested, and detained for departmental disciplinary process, even as efforts are being intensified to re-arrest the fleeing suspects.

“The command has the wherewithal/intelligence to re-arrest the remaining suspects who are on the run but will still appreciate any useful information from the members of the public as no stone will be left unturned in assuring that all those suspects are re-arrested.

“The Command assures members of the public of its continued commitment to protecting lives and property of law-abiding citizens,” SP Nwabuzor stated.