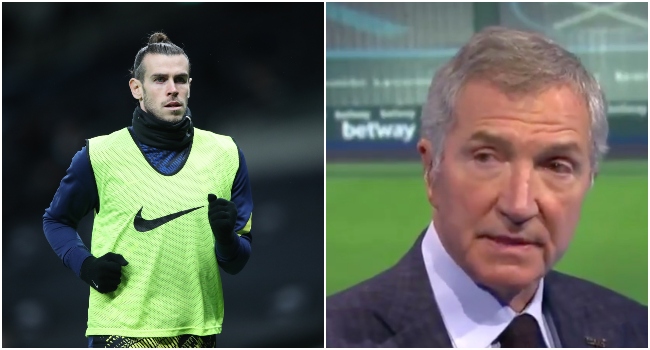 Football pundit, Graeme Souness, has criticised the Tottenham forward Gareth Bale for his  mental attitude towards the game after delivering another below-par showing in the defeat by Brighton.

Bale who was given a rare start against the Seagulls on Sunday evening in place of the injured talismanic Harry Kane found himself substituted after an hour following an ineffectual  performance.

Souness was furious with the Welshman’s performance after they lost further  ground on the Champions League spot.

”I am looking at him, a world-class player, he comes back to the club he professes to love and it’s as if he has been happy to sit on the bench,” he told Sky Sports.

The Liverpool legend admitted limited playing time as a possible cause but feels the 31-year-old  needs to openly declare his frustration at not being played regularly.

”Now, if he is not happy with that, and that is what he was accused of at Real Madrid, then be vocal about it.” he stated.

”Let the Spurs supporters know you are not happy and not getting enough minutes.”

”I played my best football at 31. This should be his best years, coming back where he is much-loved,” he remarked.

”During games, subs are being made and the camera goes on him. He is not perturbed at not being one of the players going on.”’

Bale has made just six starts this campaign, despite the anticipation and excitement that surrounded his much-heralded arrival during the summer.

PrevPreviousCDS, Other Service Chiefs Visit Headquarters Of Operation Lafiya Dole In Maiduguri
NextNo Known Date Yet For Announcement Of Next IGP – PresidencyNext