Violence erupted on Wednesday in Ilorin, Kwara State capital after the state government reopened 10 schools shut last month over the use of hijab by Muslim female students.

The violence started after Christian officials of Baptist School, Surulere disallowed the girls in Hijab from gaining access into the school.

This did not go down well with Muslim parents, leading to arguments and eventual clash.

The situation grew worse as angry Christian and Muslim faithful threw various objects including stones and plastic chairs at themselves. 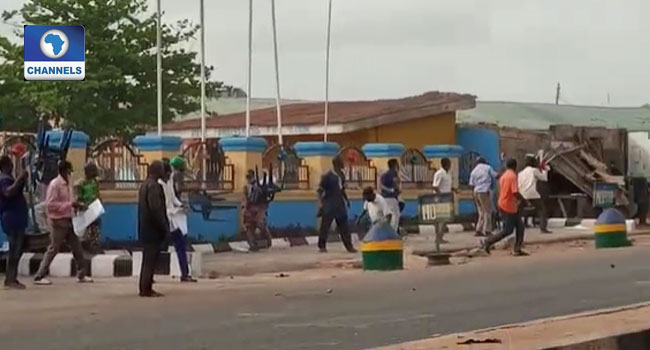 The security operatives close to the school had to call for reinforcement to calm the situation. The operatives dispersed them with tear gas.

The hijab controversy started over three weeks ago when officials of Saint Anthony Secondary School prevented Muslim female students from gaining entrance to the school claiming that it is a missionary school.

Several meetings were held between Muslim and Christian leaders to resolve the issue with the government temporarily closing down the ten schools until the reopening on Wednesday morning.

The ownership of the ten schools is still pending in the Supreme Court as both the High Court and Appeal Court affirmed the state government as the owner. 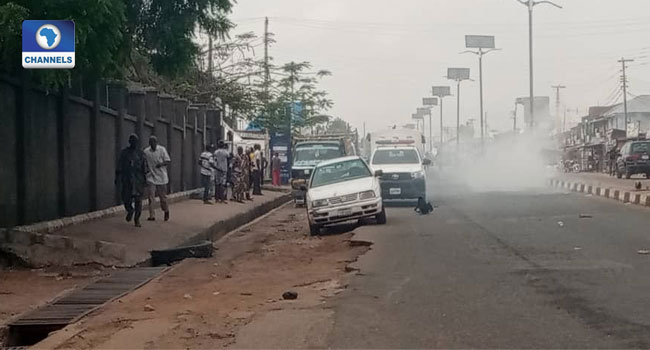 The Christians angered by the situation said the government should wait for the outcome of the judgement of the Supreme Court before fully taking over the schools.

The Kwara state government has taken over all the missionary schools owned by Christian and Muslims since 1974.

The school reopening was announced on Tuesday night by the Permanent Secretary of the Ministry of Education and Human Capital Development, Kemi Adeosun.

Mrs Adeosun said, “The government is convinced that its policy to allow willing Muslim schoolgirls to wear their hijab (face covering) in public schools will lead to sustainable peace and communal harmony anchored on mutual respect and understanding.

“This path to mutual respect, understanding, and peace with regards to hijaab had long been adopted in all of the northern Nigeria and many states in the Southwest such as Lagos, Osun, Ekiti, and Oyo States.

“As the students resume normal classes, the government took special notice of the plight of those of them preparing for the West African Senior School Certificate Examination and hereby directs affected schools to hold at least two-hour extra lesson for all the intending candidates after school hours daily.”

The Kwara State government had earlier in February shut 10 grant-aided schools as the controversy surrounding the use of the head covering was yet abated.

PrevPreviousPeople Are Dying Of COVID-19, Vaccines Should Not Be Stopped – NAFDAC
NextHijab Controversy: Kwara Govt Announces Reopening Of 10 SchoolsNext