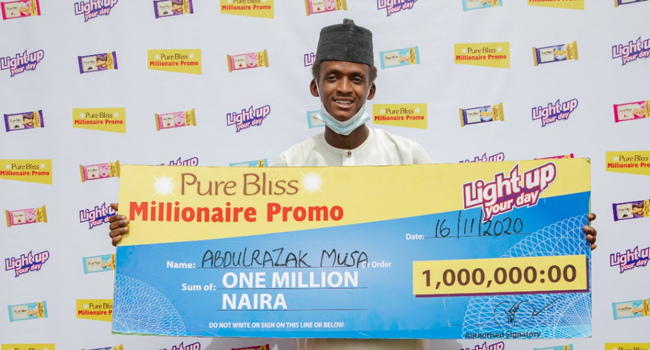 Pure Bliss has announced the extension of its ongoing millionaire consumer promotion due to popular demand and to allow more consumers to partake in the promotion and win exciting prizes.

The promotion which has rewarded many customers will now last till January 31, 2021, a month after the original end date.

Since announcing the promotion in September 2020, many lucky winners have emerged, some winning and receiving cheques of 1million naira and others winning exciting prizes such as iPhone 11, recharge cards, LED TVs, and more.

According to Brand Manager, OK Foods, Oluwaseyi Aderibigbe, the promotion which was billed to end on December 31st, 2020 was extended due to the feedback from customers who still want to participate in the promotion and win exciting prizes. 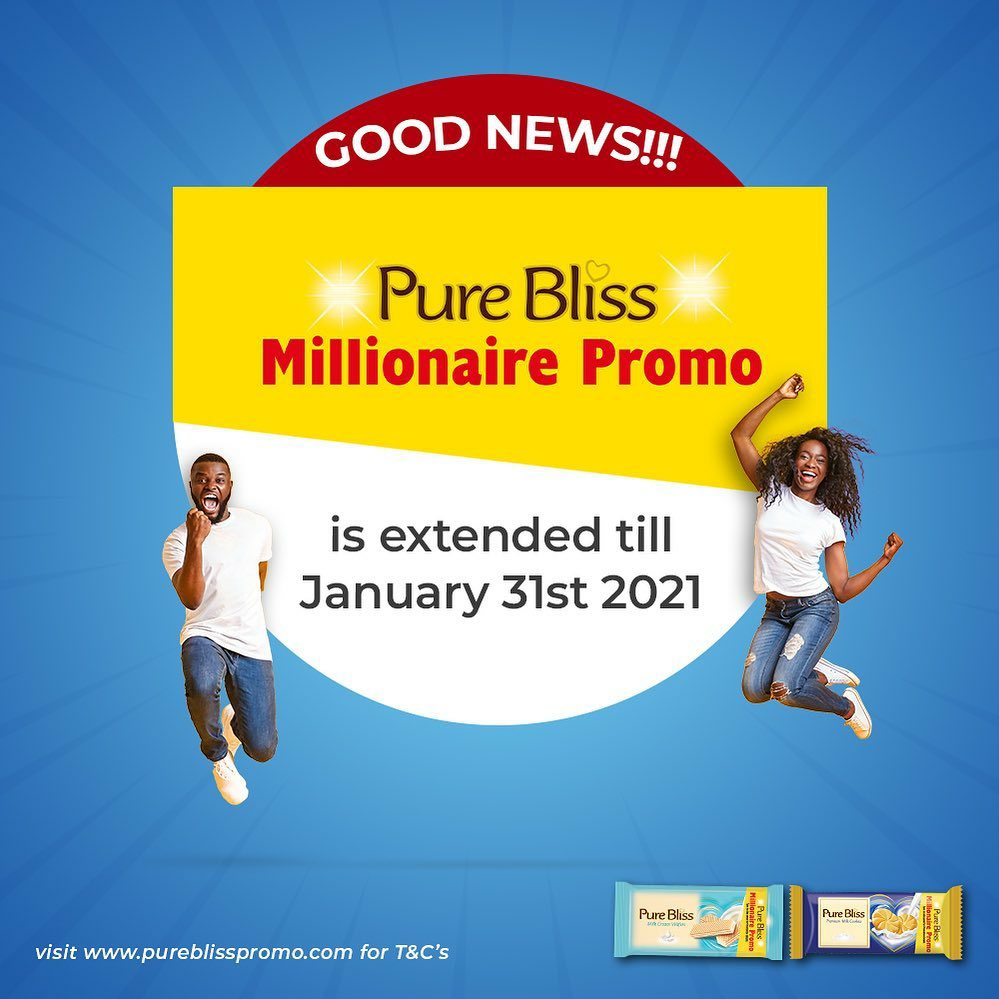 “This extension is due to popular demand by excited consumers who still want to participate to win more prizes. We, therefore, look forward to seeing many more winners collect their prizes in the weeks ahead”, She said. 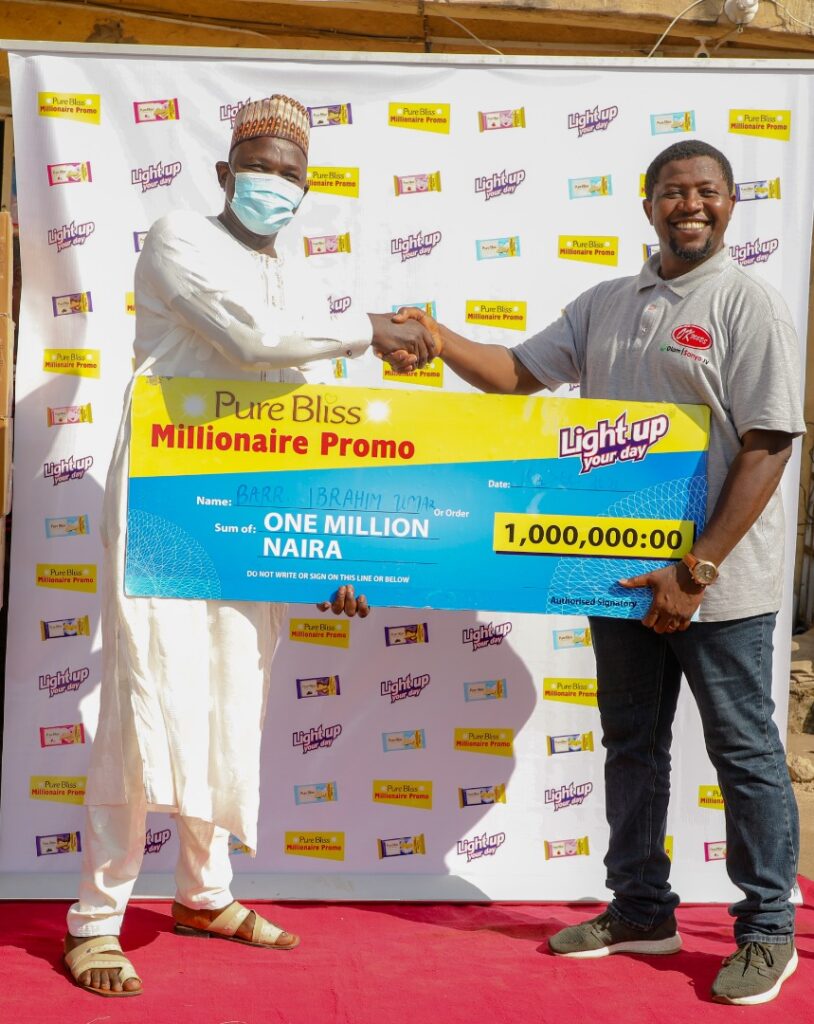 Some of the winners who had earlier won cash prize include Abdulraszak Musa from Kano, Chisom Udo from Lagos, Ibrahim Umar from Abuja, Umar Tafida Haruna from Kano, Aluko Folashade from Ibadan, Ogor-Ann Obiageri from Lagos, Akuegbu Chidera from Imo, amongst others.

Other winners of exciting prizes such as LED TVs and iPhone 11 include Adoga Happiness from Anambra, Israel Nwennah from Port Harcourt, Olumodeji Christiana from Lagos, Adam’s Deborah from Lagos,  Ekanem Sunday from Akwa Ibom, Sasiyanu Yunusa from Kano among others.

Pure Bliss is the range of Indulgent Biscuits & Wafers from OK Foods that are targeted to Adult Nigerians. It was first introduced in Nigeria in 2016 with Pure Bliss Milk Cream Wafers. Over the next 4 years we have seen the brand launch Rich Cocoa biscuits, Premium Milk Cookies, Chocolate Cream Wafers & Strawberry Cream wafers. Pure Bliss has been the pioneer in upgrading Adult Nigerians within the biscuits category and remains one of the leading Biscuit brands in Nigeria.